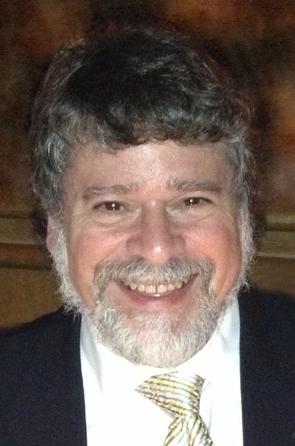 He earned his Diplomate and Fellowship status in Craniopathy through the International Craniopathic Society sponsored by the Sacro-Occipital Research Society International (SORSI) and has lectured since 1979 throughout the United States, Canada, Mexico, Japan, Korea, Australia, England, France, Italy, Spain, Netherlands and Switzerland.

Since 1973, he has accomplished several thousand hours of human dissection and founded Project Human (the construction of a prosected latex humanoid cast from the parts of human cadavers).

Naturally inquisitive about the intracranial impact of cranial manipulations, he began investigating the visual effects of cranial manipulations upon the intracranial structures during MRI scanning and was published in the Journal of Manipulative and Physiological Therapeutics (JMPT) in 1994. In 1999, he authored the text, "Cranial Sutures", published and released through Eastland Press. The text is a comprehensive guide to sutural analysis, morphology and manipulative strategies and is designed to aid the practitioner's manipulative applications through a greater understanding of the skull's interarticular relationships. Concerned about maintaining accurate detailed records for cranial applications to ensure procedural recall and inter-examiner understanding, Dr. Pick authored and published his manual titled "Focal Point Recording" through Marc Pick Creations and will soon be available through the website in PDF format.

Two of Dr. Pick's proudest accomplishments are his creation of a latex fiber optic model of the Human Central & Peripheral Nervous System, which was placed on loan to the Wellcome Trust for their 2002 Exhibit at the Museum of Science in London, and the permanent Photographic display of Dr. Pick’s central-peripheral nervous system dissection maintained in the Wellcome Trust’s Private London Museum. Photographed by the world-renowned photographer, Pat York, the photograph titled “Neural Matrix” displays the central nervous system enveloped within its dural coverings while the peripheral nerves are revealed beyond the spinal dural roots.

Currently, Dr. Pick instructs two yearly courses in human dissection at the John A. Burns School of Medicine in Honolulu, Hawaii and he has teamed up with the Carrick Institute of Postgraduate Studies to present his own three-part seminar series on Functional Neurology. Titled “Beyond the Synapse”, the series consists of three 15-hour courses, which are accepted for Carrick accreditation. Also known for his studies under Dr. M.B. Dejarnette, Dr. Pick lectures on the anatomy, neurology and techniques of SOT & Cranial protocols and often presents as a lead instructor at SORSI’s annual Homecoming Conferences. For more information, please visit their website: http://www.sorsi.com

Internationally known for his animated visuals that accompany his lectures, Dr. Pick is widely sought by others to create customized animations to enhance the visual and comprehensive quality of their own presentations.